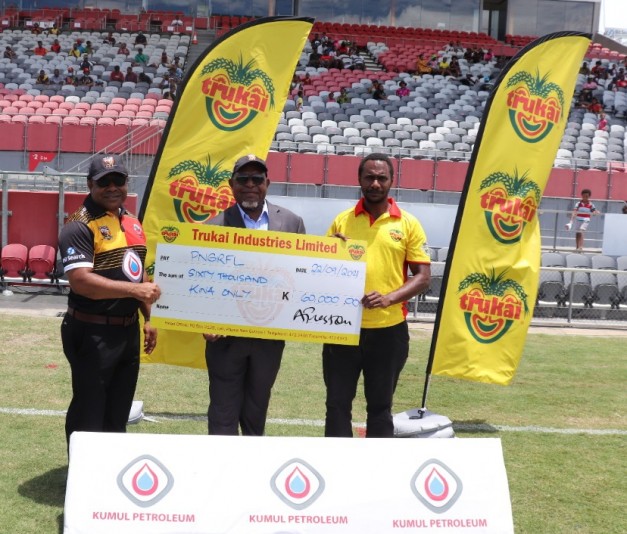 Trukai Industries Limited has come on board to show their support to the Papua New Guinea Rugby Football Federation.

The company officially has signed on a K60,000 sponsorship supporting three tournaments that are set to run over the next two months.

Both the Pacific Australia Sports National Women’s Championship and the National Affiliate Leagues Championships take place from October 17th to the 24th.

This support continues to show Trukai's strong commitment to sports development in PNG.